Arabic font size
A A

Qasida Burda (Arabic: قصيدة البردة‎), known in English as the ‘Poem of the Cloak’ or the ‘Mantle-Ode’ is also called ‘Celestial Lights in Praise of the Best of Creation’ or ‘Glittering Stars in Praise of the Best of Creation’. It is the most famous work of Imam Sharaf ad-Din al-Busiri, an eminent Sufi poet who was born in Egypt in 696/1212, and of Moroccan Berber origin, best known for his poems which praise the Prophet Muhammad ﷺ. These poems, particularly Qasida Burda, are still recited throughout the Muslim world today. Despite the difficulty of the poem’s exalted Arabic, it has been said that it is the most widely-memorised poem in the Muslim world. For those who know the poems of Imam Busiri, they need little introduction, as their beauty is revealed in the gatherings where they are recited.

Qasida Burda was so named following a dream which Imam Busiri had after he was partially paralysed by a stroke. Following this change of fortune, he had written Qasida Burda, longing for greater proximity to the Prophet ﷺ and in regret that some of his former life had been spent as a court poet, where he felt he had wasted his time in the flattery of worldly figures. He would recite Qasida Burda over and over again, and on one occasion, falling asleep, he was granted a dream which was to transform his life.

In his dream, Imam Busiri saw the Prophet ﷺ who cast his cloak over him. When he awoke, he found himself completely cured. To add to this miraculous occurrence, when he ventured outside, he met a dervish on the road, who asked him for the poem, recited part of it and revealed that he knew of its existence through having heard it in a vision, recited before the Prophet ﷺ himself.

The poem itself consists of ten chapters, the first of which expresses Imam Busiri’s own passionate love for the Prophet ﷺ and the second, his feelings of unworthiness, regret for past errors, and advice on handling the ego or nafs, which is always calling its owner to evil. The central portions of the poem are similar in theme to the traditional mawlid poems, which are recite in the month of Rabi’ al-Awwal in celebration of the Prophets birth ﷺ with different sections on the Prophets virtues ﷺ; his birth; his miracles; the noble Qur’an which he received as revelation; his night journey and his martial struggle. The last two sections are Imam Busiri’s plea for the Prophets intercession ﷺ on the Last Day, despite his many wrong actions, and finally an appeal, first to the Prophet ﷺ for protection, and then to Allah’s mercy as the ultimate hope of salvation.

The chapters are as follows:

Following the main text of Qasida Burda are seven verses added at a later date, which are traditionally recited in some parts of the Muslim world, asking that Allah’s good pleasure and forgiveness be granted to the four rightly-guided caliphs; the Prophets Family; his Companions; the ‘Followers’ (the generation that followed the Companions) and all of the Muslims. Praise of Allah is then followed by a final supplication that all of our difficulties be eased by the 160 verses of Qasida Burda through Allah’s boundless Generosity.

As well as Qasida Burda, Imam Busiri’s best known works are the Mudariyya, the Muhammadiyya and the Hamziyya.

The Mudariyya is a shorter poem, asking Allah to bestow blessings upon the Prophet Muhammad ﷺ and all the other Prophets and Messengers, upon his Family, his Companions and all the Muslims. He asks for the multiplication of these blessings by the many different types of animate and inanimate created things in the heavens and the earth. He then recollects his own state of wrongdoing, and begs for forgiveness for himself, for the Muslims, and for all their parents, families and neighbours, adding, ‘For all of us, O my Master, are in great need of forgiveness.’

The Muhammadiyya is the shortest of the three works, and is a beautiful expression of the Prophets noble qualities in which every line begins with the name Muhammad ﷺ. The poem itself is a proof of one of its verses, which tells us that just to mention him ‘brings refreshment to our souls.’

The words of these poems wait only for the hearts of the lovers of the Prophet ﷺ to bring them alive. They describe the sublime characteristics of the one most beloved to the Lord of the Worlds, the one whom all Muslims seek to emulate, Muhammad, peace and blessings be upon him. We are told in the Quran that he was sent ‘as a mercy to all the worlds’ (Quran – al-Anbiya, 21:107), and that he was created with ‘a magnificent nature’ (Quran, al-Qalam, 68:4). He is Muhammad ﷺ, the Praiseworthy; he is Khayr al-Bariyya – the Best of Creation. 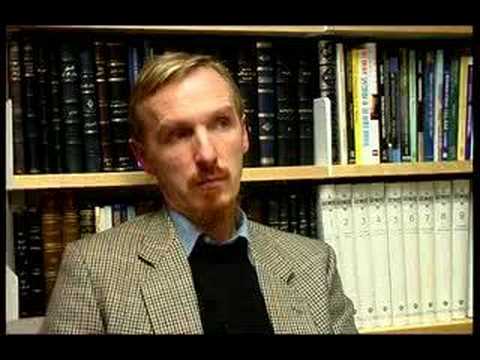