Salatul Fatih (Arabic: صلاة الفاتح; Prayer of the Opener), commonly known as Durood Fatih in the subcontinent and Sholawat Fatih in Far East Asia was transmitted by the eminent gnostic and scholar Abu al-Makarim Shaykh Muhammad Shams al-Din ibn Abi al-Hasan al-Bakri. He was a descendent of Abu Bakr al-Siddiq, from whom he inherited the station of supreme truthfulness (al-Siddiqiyya) and attained the loftiest reaches of mastery in the mystical divine sciences. It is said to have been revealed by Allah to him upon a piece of paper. It is also attributed to Shaykh Ahmad Tijani, the founder of the Tijaniyya Sufi order. The prayer is recited by millions of Tijaniyya adherents across the world as part of their daily wird.

O Allah, send prayers upon our master Muhammad, the opener of what was closed, and the seal of what had preceded, the helper of the truth by the Truth, and the guide to Your straight path. May Allah send prayers upon his Family according to his greatness and magnificent rank. 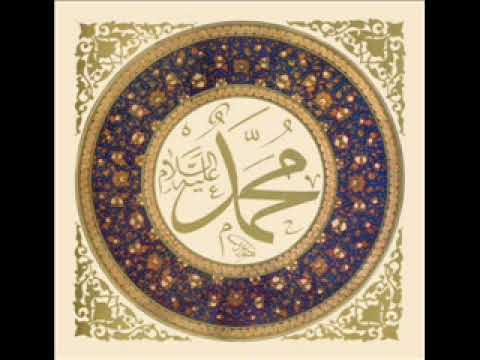 Many shuyookh and gnostics have related the benefits of regularly reciting Salatul Fatih, of which there are many. The great gnostic Shaykh Ahmad al-Sawi (d. 1241 AH/1825 CE), who was also a leading scholar at Al-Azhar mentioned the following in his commentary on the litany of Shaykh Ahmad al-Dardir (d. 1204 AH/1786 CE), from whom he took the religious sciences and the spiritual path from:

It is also said that whoever recites this prayer continuously for 40 days, Allah will accept his repentance for all his sins.

Whoever recites this 1000 times during a Thursday, Friday, or Monday night shall gather with the Prophet ﷺ. The recitation of this prayer should commence after offering 4 units of prayer, in which one recites Sura al-Qadr in the first unit, Sura al-Zalzala in the second, Sura al-Kafirun in the third, and the two Suras of seeking refuge (Sura al-Falaq and Sura al-Nas) in the fourth. After reading this prayer one should burn some aloeswood scent (Oudh). Try this if you wish.

The benefits of Salatul Fatih were also mentioned by Sayyid Ahmad Dahlan (d. 1304 AH / 1886 CE) in his compilation of prayers. He said:

This prayer is ascribed to my master, the perfect pole and noble master of prophetic pedigree, Shaykh Abd al-Qadir al-Jilani. It is beneficial for beginners in the path as well as those in the middle and the end. Many of the gnostics have noted its secrets and marvels that perplex minds.

Whosoever recites it consistently 100 times each day will have several veils removed from him, and will receive lights and facilitation of needs to such an extent that only Allah knows.

One who recites Salatul Fatih on Thursday evenings 100 times will see the Prophet ﷺ in their dream, and this has been tried and tested, Praise be to Allah! One who recites it 100 times every day and is steadfast upon it, many veils will be lifted from them, they will receive divine lights and their wishes will be fulfilled and their knowledge will remain solely with Allah.

It has also been said that if you need to overcome a problem or an obstacle, each night after Isha, do wudhu and perform two units of prayer, then ask Allah for openings and recite Salatul Fatih 10 times. Continue and persevere with this until you receive openings.